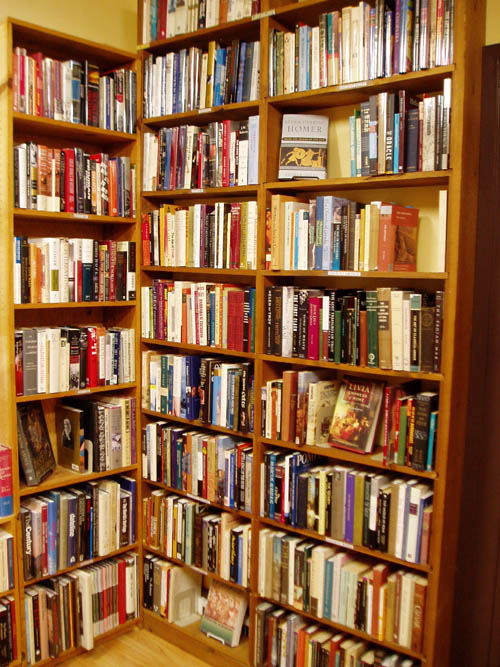 Josh's Room, the gold room, is in the north-east corner of the second floor. Entering from the Red, you'll find on your left an alcove filled with Biographies, followed by Diaries, Journals, & Letters.

On your right are Business, Economics, Law, and Labor.

In the next alcove (behind Biography) are Oceania, African, Meso­- and South American, and Middle Eastern History, as well as Archaeology, on the left, Middle Eastern (cont'd) and Asian History on the right, with sections for India, Japan, and China within the latter. 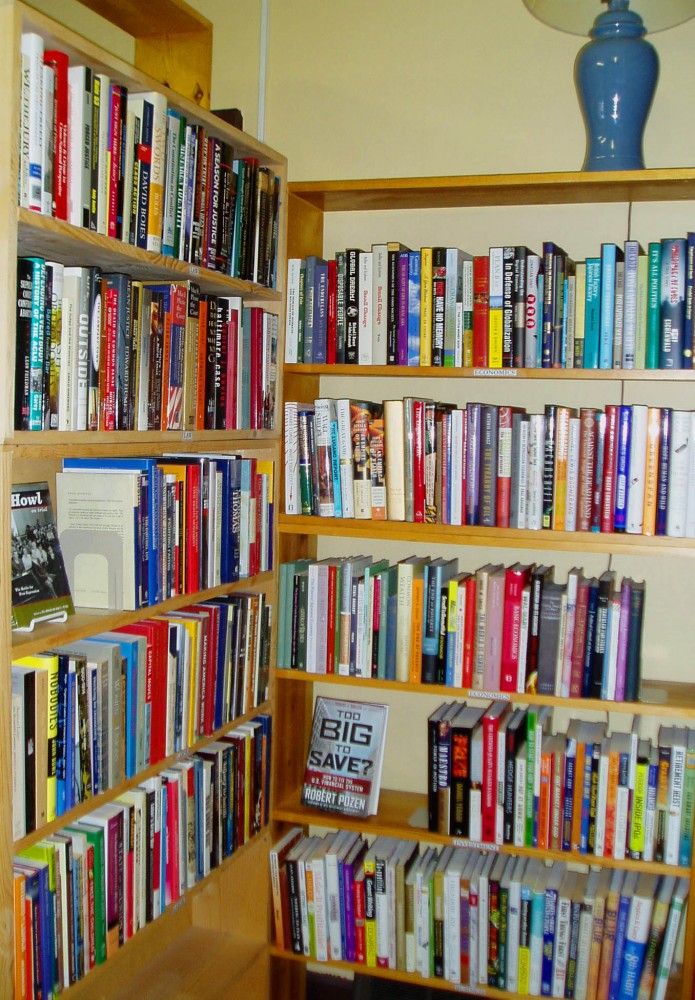 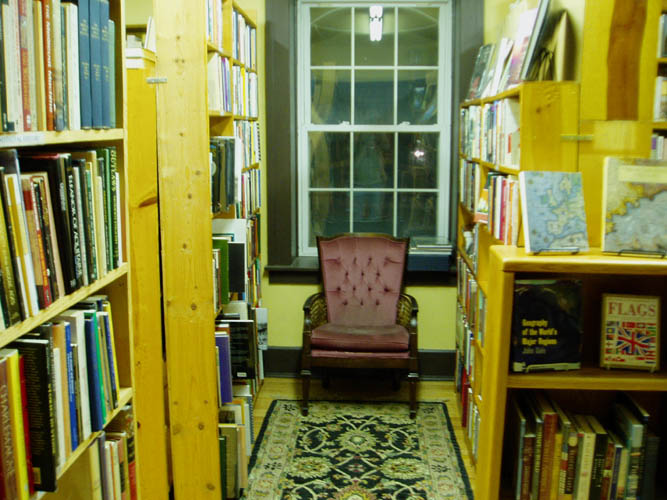 Why is it called Josh's Room?

One regular patron became, over the years, a close friend to both shop and staff; he's been a help to us during natural disasters (tornado in 2006, floods in 2008), big moves (conjoining the Haunted and Northside in 2009, adding the Bookery in 2010, moving to the Wentz House in 2013), personal crises (deaths in the owner's family) and happy events (the Killer Bunny circle, readings, the arrival of the cats), times when we needed a little help (mowing the lawn) and times when we had a crucial question about Latin or Greek (both of which he teaches). Josh is part of the Haunted family now, and since this room contains classical history (in which he has a PhD), we named it after him.