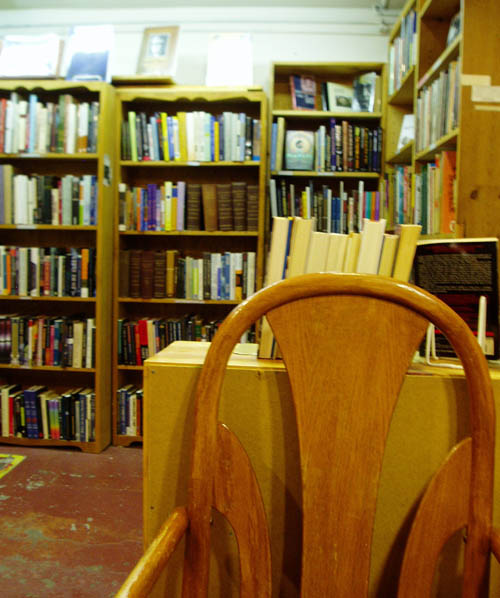 Continuing counter-clockwise around the 2nd floor from Anna's Room, you'll enter the Radulpharium, a home for texts on Thought, Ideology, and Cultural Critique.

To your left the wrap-around shelves begin with General Religion, then go through sections for Judaica, Catholicism, Quaker, Anabaptist, Latter Day Saints, and Islam.

Opposite these, in the island, is Christianity at large, which contains Issues in Christianity, Christian Ministry, and Christian Theology (divided into Classic and Contemporary).

On the other side of the island is the Philosophy shelf, sorted into Ancient, Medieval, Renaissance, British Empiricism, 17th Century, Enlightenment, Utilitarianism, 19th Century, Nietzsche, Existentialism, Marxism, Pragmatism, Analytical, and Continental Philosophy.

On the back of the shelves containing Islam you'll find the General Eastern Religion section, as well as sections on Buddhism and Hinduism.

Opposite these is a shelf containing Paranormal, Paganism & Wicca, Divination, New Age & Alternative, Dreams, and Spirituality.

Continuing around the room, past the quilt-topped chair and its window (likely with a cat if it's the early afternoon), you'll find the rest of the wall bookshelves in the following order:

On the west side

Sports includes a separate section on the martial arts

Games are divided into chess and everything else(that's for you, Luke)

Animals, with subsections for birds, cats, dogs, and acquatic life

Nature & Ecology includes everything from natural histories to tips on living green. (for essays on living in nature, such as those by Gretel Ehrlich or Barry Lopez, look for the Biologues section in Stephen's Room)

Biology is followed by Medicine, divided into Western and Alternative

Education leads you onward to psychology

Along the north wall 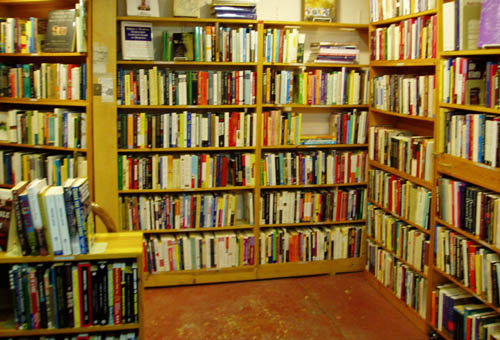